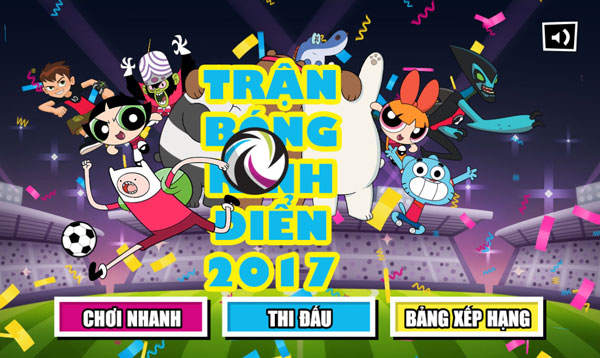 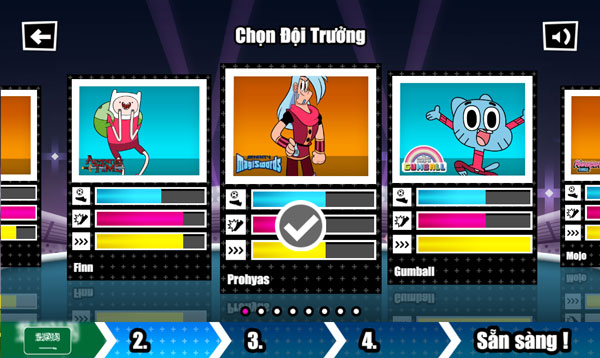 Each team participating in the competition will have three players, including one team leader. Choose a character to match the position on the field and your strengths. Each player has three stats in the selection as shown above, which are their attack power, defense and movement speed. To move in the game you press 4 arrow keys, press Space - Space to get the ball or pass the ball. 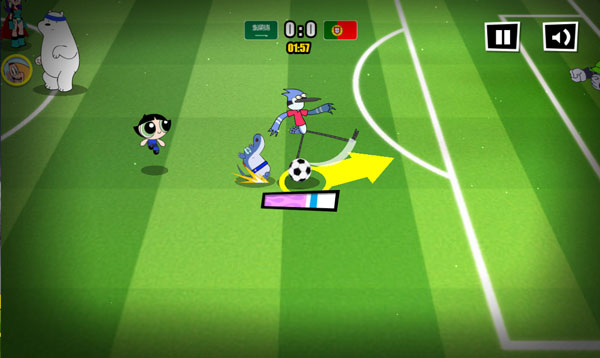 In order to make a strong and accurate shot, move closer to the opponent's area, press and hold the Space button to increase the shot. When you come to the blue line, you release to take off thunder and score goals!